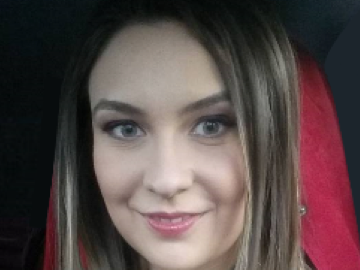 Dr. Andreea Stoian Karadeli is an independent researcher based in Turkey and a collaborator with several institutions worldwide. Dr. Karadeli worked as a foreign lecturer in the Department of Political Science and Public Administration, Faculty of Political Sciences, Sakarya University, and she completed her PhD in National Security and Intelligence at Mihai Viteazul National Intelligence Academy, Romania. Dr. Karadeli is also a graduate from Exeter University, United Kingdom, where she studied a BA in Arabic and Middle East Studies and a Master of Research in Security, Conflict and Justice. During the BA degree, she did field research on Arabic Language, Literature and Culture at Damascus University for 10 months. Andreea Stoian Karadeli’s research is multidisciplinary with the main focus on the evolution of religiously inspired terrorism after the Arab Spring, with intensive work in Syria and Turkey and on ISIS formation and evolution, conflict resolution, intercultural communication, face reading techniques and forensic profiling. Dr. Karadeli’s work on ISIS includes a complete database of ISIS activity in Turkey and EU member states during the period between 2013 and 2019. Apart from her academic work, she is also delivering terrorism-related courses in the training programmes organized by the Center for Excellence Defence Against Terrorism in Ankara, Turkey.